For day 4 I will be describing my relationship!

My husband and I have been together for almost 14 years. I was 14 when I met him, we dated for a couple months, and then didn’t talk for a year and a half. In that time I had an on/off relationship. My husband and I began talking again on AIM and immediately something was there. I broke up with my boyfriend and my husband and I decided to see if there was anything left of our previous relationship.

We had been together 1.5 years when he proposed. We were supposed to get married in July 2008, a year and a half later (would have been our 3 year anniversary) but in February of 2007 we found out we were pregnant with my first child. We didn’t end up getting married until November 11, 2011 and have since had two more girls, ages 4 and 8 months.

We’ve been together through lots of hurdles, good and bad.. and we’ve kept it together. Our bad times were really bad but our good times have been amazing and have way overshadowed our bad. My husband has helped me grow as an individual and as a wife. We’ve grown a lot as a couple, too.

This July will mark 14 years we’ve been together and in November we will be celebrating 8 years of marriage. It’s INSANE how quick the time has gone by but how it also feels like we’ve been together way longer. He’s my best friend and I wouldn’t have it any other way. 😘 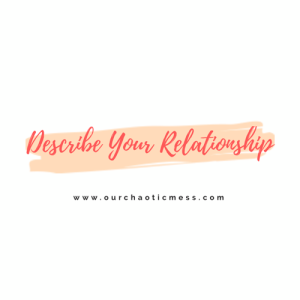